Claire’s BBC radio work includes many interviews that tell the personal stories behind the news.  You’ll find examples of those as well as more analytical pieces on this page.

Most recently, for BBC Radio’s File on 4, an investigation into the impact of Coronavirus on the UK’s mental health

Other BBC programmes include;

The business of managing volunteers. A huge and vital part of the workforce but often under-appreciated or less effective than they might be.  But if you don’t pay these workers, how do you get them to show up and do the work you need them to do?

Meeting the enterprising youngsters who, at just 16 years of age, ran for Governor in the US state of Kansas.

How the opioid epidemic in the US is having a devastating impact on the work force, shrinking the pool of available labour in places worst hit.

A documentary from Boston on the highly restrictive employment laws that can stop workers leaving for new jobs.

A series of programmes on women – as individuals and in groups – tackling domestic violence in three different countries. Indonesia, Uganda and Peru.  Broadcast as the Behind Closed Doors series on BBC World Service.

On assignment in St. Louis County, the debtors jails filled with people who can’t pay excessive traffic fines. It’s how the multiple municipalities in this Missouri county raise funds. But does that fuel racial tensions of the sort seen in Ferguson?  The Bizarre Workings of St Louis County Missouri

In a series of thought-provoking debates, Claire Bolderson looks at something another country does well, or differently, and asks if it could work in the UK. “Would That Work Here?” – Wednesday Debate with Claire Bolderson

In a documentary for BBC Radio’s Crossing Continents program, originally aired December 12th 2013, Claire reports from Indonesia where the government is trying to set up the biggest national health system in the world. Hear about this ambitious plan – and the enormous obstacles to achieving it:

An encounter with two elderly ladies, Maureen and Mary on a North East England sea front. A local steel plant had closed just before the 2010 general election and the governing Labour Party got the blame.

2. Maureen and Mary in Redcar

As world leaders discussed poverty in Africa in 2005, Claire went to Uganda to report on entrepreneurs trying to get new businesses off the ground.

In 2008 Claire broadcast a whole edition of the BBC’s Newshour live from Havana. Hear what it’s like to go shopping for food in Cuba. 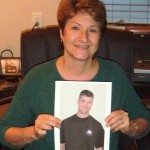 A story about one of the thousands of US soldiers who’ve returned home from Iraq with brain injuries.  Claire went to Silvania, Ohio to meet Lisa and hear about her injured son Matthew.

Claire has also made numerous radio documentaries for the BBC. Most recently, Latinos USA for Radio 4 and World Service.

After the arrests of a number of US born Muslims on terrorism related charges  Claire went to talk to young American Muslims about their lives in the US.

In 2011, Claire made two documentaries comparing how the United Nations handled the civil wars in Libya and Ivory Coast.

The man running the inquiry into the press in the UK, Lord Justice Leveson