Lessons from the Savile saga 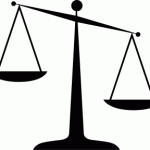 Stoke Mandeville hospital is being urged to open one. The BBC’s already started two. There’s another at the Department of Health.

The inquiries into Jimmy Savile’s abuse of children are mushrooming almost as fast as the sickening stories of what the TV showman did to dozens of teenaged girls (and, reportedly, some boys too.)

Still the Labour party wants more: one big, over-arching, independent inquiry into what Ed Miliband rightly called the “horrific allegations.” Putting aside the Labour leader’s knee-jerk inquiry-itis, he – like the BBC and all the others now investigating the past – is missing an important point.

Why was one man able to get away with abusing young people for so long? Because, as some of the victims have said, he told them if they raised the alarm and ratted on “King Jimmy” they would not be believed.

And he was right.

While 58% of rape cases that make it to court result in a conviction (not all for rape, sometimes for a lesser offence) only 13% of rapes recorded by the police end in any kind of conviction at all.

Convictions for sex offences against those under 18 are going up, but they still account for less than 10% of the total recorded by the police. (And I’m talking about the ones who report the allegations. Surveys suggest 34% of 11-17 year olds who’ve been abused by an adult do not tell anyone at all about it.)

Why? Well you could ask one of the 15 year olds raped repeatedly by the notorious Rochdale grooming gang. She told the police what had been going on and they believed her. But the Chief Prosecutor in the area decided “she would not be viewed as a credible witness by a jury” and shelved the case. The abuse continued.

“Not a credible witness.” As any reporter (myself included) who’s covered stories of alleged sexual abuse knows, that simple phrase can kill a journalistic investigation stone dead. It goes hand in hand with demands by victims for anonymity – completely understandable but tricky when building a bullet-proof case.

And what does “credible mean?” Well, for a case to get as far as a court room, prosecutors must be satisfied “there is evidence to provide a realistic prospect of conviction” In sex abuse cases that’s hard because usually the only witnesses are the victim and the perpetrator.

In incidents involving children or teenagers it’s even harder. They will be asked detailed questions in court and, usually traumatised, will fail to remember dates, times, places and other details that the defence will almost certainly demand. Telling the truth is one thing, doing it “credibly” is another.

Then there are those whose very vulnerability is what led to them being preyed on in the first place. Jimmy Savile is accused of exploiting several young people who turned up for his TV shows. That’s opportunism, but there’s a calculated cunning in the stories of his prowling the corridors of Stoke Mandeville and Broadmoor hospitals.

And let’s not forget the special “treats” he distributed when he rolled up to Duncroft Approved School for “disturbed girls.” As at least one of the pupils there has now said, they reported the abuse to school authorities but were told to hush their filthy mouths. How could they be believed – Jimmy was a star, while they were just “disturbed.”

How could a Rochdale teenager be believed when her violent and degrading sexual history meant (according to some social workers) she was clearly on the game? Several of the other teenagers came from chaotic families or were living in care. Meaning nobody much cared when police and social workers decided it was a “lifestyle choice” for a kid to hang out with older, abusive men.

The vulnerable are by no means the only people ever abused but they are often the easy targets. And the same factors that make them vulnerable, make them difficult to believe in the cut and thrust of our adversarial courts.

Of course, it’s right as a principle that the Crown Prosecution Service should need solid evidence to bring a case. That’s how our justice system works. In criminal trials the individual is assumed innocent and the far more powerful state has to prove beyond reasonable doubt that they’re not.

But as Jimmy Savile proved, sometimes it’s the individual who’s got the power. The state is weak and that weakness means the victims are failed.

So should we change the rules of evidence in sex abuse cases? Educate juries about credibility and vulnerability? Improve police, prosecution and social work training and skills so that the abused are listened to, supported and given a more powerful voice?

There are many questions (and I haven’t even touched on a celebrity culture that puts creeps like Savile on a pedestal nor on his aggressive use of charity as a weapon to keep him there.)

As for answers, they won’t be found in the endless inquiries of institutions guilt-ridden at being duped by an exploitative man.

What we need is a task force, a commission or a national debate to put right a system and a culture that repeatedly fails the powerless.