How should we deal with our remnants of Empire?

Some (the Falklands, Gibraltar) cling to us, more British than Britain, terrified of the alien nations next door.

Others grudgingly accept our existence (and our financial help) when they need it but feel little real affection for the UK – especially when we start bossing them around. 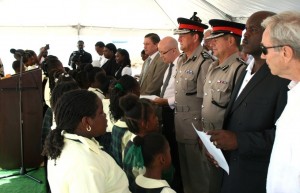 That’s the case today in the Turks and Caicos Islands, where I recently watched the very British governor open a new radar station as a choir of local school children sang “God Save the Queen.”

The Turks and Caicos are a string of flat, rocky islands atop stunning reefs in the Caribbean. The white sand beaches run for miles, the sea is warm, calm and crystal clear.

But the politics are a lot murkier. 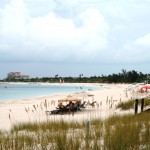 The islands, one of 14 British Overseas Territories,  have been plagued by jaw-dropping corruption allegations and chronic mismanagement for years.  Though London knew of the wheeling and dealing that was plundering local resources and, allegedly, making certain officials (and foreign developers) very rich indeed, nobody did anything about it. (It was the same when I drew attention to serious human rights abuses there for a 2002 BBC documentary. The Foreign Office refused my repeated requests for an interview.)

Eventually the pleas of the local residents (and the collapse of the economy) couldn’t be ignored. An inquiry was set up and stories of corruption poured forth.

In 2009, the UK had no choice but to kick out the locally elected government and take full control.  Today, the Turks and Caicos are a proper old fashioned colony run by the Governor sent from London, supported by advisory bodies hand-picked by him. 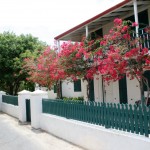 The islanders, including some of those who screamed “Do something!” at London, don’t like it very much.

“They can’t just come in when it suits them and rule with an iron fist,” a young tourist guide tells me.

“They came in thinking everyone here is corrupt” grumbles an older businessman in the sleepy capital Grand Turk.

Certain people arrived “with a Big Stick approach” says a leading politician (in a thinly disguised attack on the current Governor). And so on.

Their grievances are many and varied. From complaints about the length of time it’s taken to bring alleged miscreants to court (trials start later this year) to the slowness in producing an economic plan to revive the islands. They were whacked in 2008 not just by the mess of their own leadership’s creation but also by the global economic crash and a direct hit from a Hurricane.

“There’s no hope on the horizon,” says the Grand Turk businessman, “nothing to tell us things are going to get better”.

Instead, islanders complain, what they’re getting is a very unpopular (and possibly unworkable) Value Added Tax and an even more hated European Union-standard Equalities Law which, rumour has it, will force recognition of same-sex marriage in this very conservative Christian territory (it won’t).

Plus, of course, many long overdue rules and regulations aimed at cleaning up politics, which were viciously cliquey and nepotistic long before the serious corruption appeared. In fact the entire public sector is being reformed and independent institutions given more clout.

The Governor says his administration does consult widely. That people always grumble about government and it just so happens that here, the government is him.  Another official suggests that when islanders say they haven’t been consulted, what they really mean is the discussion didn’t go their way.

But it’s more than that.

Next month, elections will see the restoration of local government. The campaign is in full swing and, with little to be proud of in their own past behaviour, the political parties are rounding on the British as a common enemy.

“The British government must know there will be resistance when these parties take office,” says one candidate ominously. Another islander says that because the Governor will retain significant powers even after the election, “the politicians will get frustrated and then they’ll mobilise the masses.”

To do what though? The former premier, Michael Misick (currently on the run from an international arrest warrant) used to talk of independence. But there’s never been a formal request for it. Lets face it, who wants to give up the benefits of British citizenship? Plus they all know investors gain confidence when they arrive in the hot, scruffy airport and see a picture of the Queen.

Local politicians talk of “personalities,” of how given the right type of Governor they could all get along just fine.  I think what they mean is the type who – with a neglectful London’s connivance – will turn a blind eye to some shameful goings on.

And what’s in it for Britain?  Nothing. We don’t want the Turks and Caicos Islands. We did once, centuries ago when they were the centre of Caribbean salt production. But that industry is long dead. Now there are just beaches filled with sun-seeking condo owners – mostly from Canada and the US.

We have been hopeless at helping the islands develop democratically, unable or unwilling to challenge blatantly outrageous behaviour in what one former UK official calls “a mini-failed state.” In part that’s because we’ve got a lot of problems of our own. Who’s got  the time or money for a scrap of territory in the Caribbean?

But it’s also because Britain is embarrassed by reminders of Empire. Particularly in a place where many islanders are the descendants of slaves. Our slaves.

Mr Misick used to play on that, warning his compatriots to watch what they said in front of UK officials he’d call “the enemy.” More recently, from hiding, his charges of racism have been more direct. London he said, wasn’t bothered when white expats were doing well. They only started asking questions when black islanders got their hands on Crown lands.

One should take Mr Misick’s Mugabe-esque rantings with a large pinch of the salt that used to be raked from Grand Turk’s vast salinas.

But he’s right about one thing. Call it cleaning up government and sorting out the finances if you like but there is no way around it:

There is something very uncomfortable about Britain’s pukka imperialism in this post-colonial age.

One thought on “Don’t mention the C word”