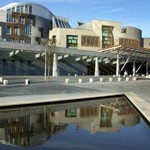 Never mind the squabbling over sterling and North Sea oil, Scotland. There’s a very simple reason to vote No in the Independence referendum next month.

We don’t want you to leave.

A few days in Edinburgh have reminded me of all that we have to lose if Scotland drifts away.

A more collectivist spirit for a start. It’s not just the free university education, free personal care for the elderly, or free prescription charges the Scottish enjoy. One could (and should) argue about the financial wisdom of offering such largesse especially during tough economic times.

But what those policies (plus vows to keep the private sector out of the NHS) demonstrate is Scotland’s admirable sense of social solidarity, something that is being steadily chipped away here in England.

One can attribute that in part to the dominance of left-of-centre parties in Scottish politics. But even the Conservatives north of the border have a more progressive tone than their southern counterparts.

Their  manifesto for the elections to the Scottish Parliament for example, was far less judgemental than anything published by their Westminster friends. Families did not have to be “hard working” to warrant support. Immigration wasn’t mentioned at all. And some of the policies offered (merging health and social care budgets for example) are currently being considered by the Labour party down here.

It’s not that Scotland gets everything right. Of course it doesn’t. That’s why life expectancy’s lower north of the border. The Scots drink and smoke more than we do, eat less healthily and suffer more heart disease, lung cancer and strokes.

And like any western society, Scotland has become less equal in terms of wealth distribution in recent decades.

But not as unequal as England. Nor is there anything like the same show-offy individualism that we seem to worship down south.

I may have been overly influenced by my visit to the Edinburgh Festival Fringe. From the unreserved seating to the cheerful queues, there’s a strong egalitarian spirit.

The performers have to start bang on time and, however grand, must leave the stage immediately at the end – strictly no encores – to make way for the next act.  You can always tell them how much you enjoyed the show when you see them in the bar afterwards. No publicists, no paparazzi, no playing the celeb.

And despite the annual grumbles about commercialisation of the Fringe, there really isn’t very much. With the exception of a certain coveted comedy award, sponsorship is in the background, an afterthought to the main event. It all feels refreshingly unbranded. Still simply The Edinburgh Festival Fringe.

Then there’s the Scottish Parliament. For all its weird design and odd angles, it’s a delight to visit. Open, transparent and above all, welcoming.

You can wander almost anywhere. Past the MSPs meeting constituents by the big glass windows. Upstairs to the rather beautiful chamber or, with a free ticket willingly given out by the front desk, into a committee hearing. That’s how a Parliament should be, a place for the people as much as for the politicians.

So, Scotland, the independence referendum is not all about you.

We may not have a vote, but we care what happens on September 18th. More than 300 years together make that inevitable. It hasn’t always been a happy union and you may not like what we’ve turned into.

But the answer isn’t to cast us adrift now. Please stay and help us become a bit more like you.