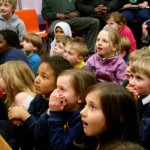 Michael Gove may have left the Department for Education but his Gradgrindian spirit lives on.

It’ll be “Fact fact fact” all day every day if the Conservatives win the election in May. Times tables will be recited to perfection. Spelling, punctuation and grammar will be spot on. Headteachers could be removed from their jobs if a single number, comma or full stop goes astray.

So in keeping with the demands of Dickens’ censorious headmaster, here are a few “facts” the government might like to keep in mind.

If Headteachers are removed, they will have to be replaced. There is already a national shortage of candidates for Head’s posts.

Where exactly will we find these Wunderheads whose students get perfect marks when tested for facts? Yes, some can be stolen from other more successful schools to act as Super or Executive Heads. But if the government sticks to its threat to boot out leaders of schools that have failed to get every single candidate to pass the tests for two years running, even the Wunderheads will fast disappear.

And what of that other government panacea, Academisation, raised by the Prime Minister again today? As the Education Select Committee reported last week, there’s no evidence that academies “raise standards overall.” There’s also concern over the capacity of academy chains to expand. Last year, the Department for Education banned 14 of them from taking on new schools because of poor performance.

If the government sticks to its punitive plans, there simply won’t be enough good chains available to take on the task.

And what about the children? Of course everyone wants them to have a good grounding in literacy and numeracy. That’s what all teachers strive for. But as Russell Hobby of the National Association of Head Teachers rightly says

“with the best will in the world, and the best teaching in the world, there will still be times that young children do not perform as well in a short, high stakes test as they should. There will also be children that otherwise competent schools have failed to reach”.

There will for example be children sitting the test who’ve been recently bereaved. Or maybe they’ve had to move home suddenly – even repeatedly – because of family crisis. There are those who shine at maths and science and love a good story but struggle with punctuation because English isn’t their first language. And then there are others with more clearly defined difficulties such as dyslexia or its numerical equivalent.

The list of obstacles to that perfect score is long because all children are different. That’s a fact.

Oh and one final fact even Mr Gradgrind would go along with: there’ll be lots more ill thought out “policy” of this sort – from all parties – in the run up to the election in May.