In Praise of School Governors 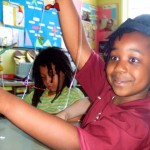 A little-known secret: being a school governor can be fun.

Yes, it’s a commitment. Giving up your time to read and sometimes write policies. Analysing data on progress and attainment. Working out which children are not doing well and why.

Yes, it’s a responsibility. Setting the school’s budget and its curriculum priorities. Helping the head teacher resolve tricky staffing issues. Dealing with sometimes anxious, occasionally angry parents. Even eating school lunch with the children in order to prove to a mother that the food isn’t as bad as she believes.

I’ve done all the above – and much more in my nearly ten years as a primary school governor. It’s been one of the hardest roles I’ve ever had and also one of the most rewarding.

But it’s not difficult to see why there’s a constant shortage of people willing to volunteer for the posts.

According to the government-backed organisation, Governors for Schools, a quarter of governor places in some rural and deprived areas go unfilled.

Across England, one in 10 of these crucial posts is vacant.

That’s roughly the same number as five years ago, when a survey by the University of Bath found 40,000 positions on governing bodies empty.  It concluded that prospective applicants were put off by a role that seemed “overloaded and over-complicated”.

The answers to the problem back then have been repeated many times since (including by me). Better recruitment and training, more acknowledgement of the complexities and demands of the role, greater participation in school life by local businesses and their staff. To which I’d add, less soul-destroying criticism from the likes of Education Secretary, Michael Gove.

But nothing much has changed. Except for the increased level of responsibility governing bodies now have, and the growing pressures that go with the (unpaid) job.

Setting schools free from local authority control (as the current government likes to describe its sometimes chaotic and fragmented approach to education) has put more power in the hands of head teachers. But that only helps if there’s a strong governing body recruiting, supporting, guiding and ultimately checking-up on the head.

The school’s inspectorate, Ofsted comes down hard on any governing bodies that don’t take these tasks seriously – and so it should.

But neither Ofsted nor successive governments has ever acknowledged that being a school governor takes thought and commitment. Nor  that governing bodies are expected to carry out their duties with minimal support.

In many parts of the country, local authority education departments have shrunk almost to non-existence. With their demise has gone valuable training and advice. For many governing bodies, it can be very lonely out there.

And who would want to take responsibility for institutions that, thanks to the Govian revolution, are in a constant state of flux? Places where, we’re told by government, teachers lack ambition for children and don’t really care whether they succeed.

Where are the voices telling us about the positive parts of the job? The thrill of sitting at the back of a classroom of excited, happy children and watching them learn? Or attending an assembly where seven year olds describe carefully and seriously what they have been studying that week.

And yes, even school lunch, squeezed between a couple of five-year olds, their sticky hands tugging at your sleeve as they compete to tell you the synopsis of Sleeping Beauty can make the slog over the data and the Ofsted requirements all worth while.

Not enough people getting the message, or signing up to be school governors? We all need to talk more about the good bits. And a little more  support, encouragement and – dare I say it, praise from the government and Ofsted really wouldn’t go amiss.

4 thoughts on “In Praise of School Governors”