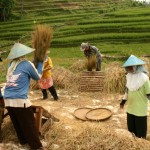 Remember the BRICS? Brazil, Russia, India, China, and South Africa were the future of the world economy once upon a time. Fast-growing countries with either abundant natural resources or vast forces of cheap labour (or both) and business-friendly governments happily creating middle class wealth.

You don’t hear so much about them these days. Slowing growth, regulatory problems, labour unrest and, in the case of Brazil, massive demonstrations on the streets have rather taken the shine off the BRICS.

So, enter the new darlings of the foreign investor community, the MINTs.

I can’t speak for Mexico beyond the highly Americanised resorts (complete with their Walmarts and Sam’s Clubs) I’ve visited. I do wonder though about the wisdom of investing in a country where more than fifty thousand people (possibly double that) have died in the violent drugs wars of the past six years.

Nigeria’s not a place I know well either, though I’d think twice before setting up shop in a country with an increasingly violent al-Qaeda related insurgency in the north and decades of seething resentment in the oil-rich but corrupt south.

Turkey on the other hand always looked like a good bet. You couldn’t hear a word against it from the tourists at Istanbul’s chi chi restaurants and boutique hotels. Foreign investment doubled in the five years from 2007 as Turkey started to emulate the capitalist West.

But it all went a bit pear-shaped in last month’s unprecedented protests. Egged on by a belligerent Prime Minister, the police attacked demonstrators in a city centre park. The stock market plunged, and suddenly we all fell out of love with Turkey. It turned out they weren’t “people like us” after all.

So that leaves Indonesia – a place I do know quite a bit about having started my reporting career there as BBC correspondent 22 years ago. It’s a vast, complicated country. Not really a country at all given its stitched together diversity. For more detail and far better insight than I can ever deliver, read Elizabeth Pisani’s excellent blog and then the book she’s publishing next year.

In the meantime, here’s my  short overview of the economy of the world’s fourth biggest country.

And in case you’re wondering, no, I’m not rushing to invest in Indonesia just yet.