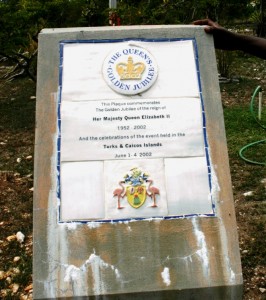 All Empires like to think their colonial subjects love them.

Which is why the undying devotion of the Falkland Islanders is so satisfying for the British.

But it’s also dangerous. It helps us maintain the myth of benevolent motherland and grateful locals. And that in turn means we’ve convinced ourselves that Empire – and what now remains of it – is no bad thing.

For the Falkland Islanders, that may be true. Thirty years ago, they suffered Argentina’s sudden invasion and the trauma of the war that forced the invaders out.

The renewed (and remarkably bellicose) claims of sovereignty coming from Buenos Aires must be unnerving – hence the referendum underway right now. Islanders are being asked if they want to remain as a British Overseas Territory.

There’s no doubt at all that the overwhelming answer will be yes.

There’s no doubt either that many in Britain will view the result of this essentially anti-Argie vote as an affirmation of the UK’s good relations with the last scraps of Empire.

That would be a big mistake. There are 14 Overseas Territories (essentially colonies but with varying degrees of local autonomy). The Falklands is one of the smallest. And thanks largely to that constant Argentine threat, its rapport with Britain is unique.

In most of the others, the relationship is far more complex and uncomfortable.

We send them funds, grudgingly for the most part. But until recently, nobody in London was very interested in how they conducted their affairs. The attitude was that they should be grateful for British Citizenship and should get on with learning to look after themselves.

Except they didn’t. Take for example, the revelations of child sex abuse in tiny Pitcairn that affected almost every family and had been going on in some cases for 40 years.

Then there was the spectacular collapse of the Turks and Caicos Islands (see previous post). For years, residents of these Caribbean islands begged London to step in and do something, as government ministers allegedly sold off crown land to developer friends, renting private jets and building luxury homes with the proceeds.

It happened right under the nose of the British governor. Yet London said it had no evidence of wrongdoing and turned a blind eye.

Eventually (under pressure from Parliament and the global economic crash) the Foreign Office had to step in, sack the local officials and run the place directly. Initially pleased, the Islanders were soon accusing the new governor of ruling with a very heavy hand.

Then last November, after three years of direct rule from London, the Turks and Caicos Islanders were allowed to elect their own representatives again. Local government was restored. But rows with the Governor (who has a veto over all important decisions) have continued.

It’s a sign of a new, more paternalistic approach from a Tory government far less embarrassed by Empire than its Labour predecessor.

But the newly elected premier warned recently of “chaos” in the Islands if the relationship  doesn’t improve.

Meanwhile there’s trouble in the wealthy tax haven of the Cayman Islands.

Late last year, the Premier was arrested on suspicion of corruption and forced to resign. He denies the allegations and says he’s the victim of a witch-hunt – led by the British governor. The two men had been at loggerheads over economic policy.

In all the Caribbean territories (except for poor Montserrat, devastated by a volcano and totally dependent on British aid) there are sporadic calls for independence.

They won’t get very far – yet. The islands are too small and the benefits of UK citizenship too great.

But the affection for Britain is nowhere near as strong as we like to think.

Nor are the cultural links. In the Turks and Caicos they drive on the left as we do – but in cars that are all imported from the US.  Everyone’s steering wheel is on the wrong side.

Residents go for medical treatment in Florida. Many have dual US citizenship. The accents are American-tinged. The TV the kids watch, the music they listen to and the food they eat is all from North America.

There’s a picture of the Queen in the airport arrivals hall, and plaques marking her various jubilees. But there’s also a growing Haitian migrant population (now far outnumbering the native islanders). In truth, there’s little about the islands or their people that feels British at all.

But you don’t hear much about that in the UK.

We like news of flag waving by people who look and sound like us. More English than the English with undying loyalty to the Crown – the Falklands, in other words. (How else to explain the dozens of journalists now in the Islands to cover a referendum whose result was known long before the first vote was cast?)

We don’t want to be reminded that many of our remaining territories are inhabited by black or brown people, who resent being told what to do by white men sent from London. Just as they have for hundreds of years.

2 thoughts on “Delusions of Empire”